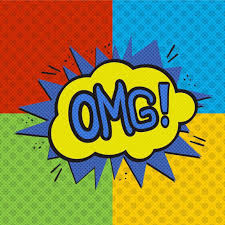 NBC’s Saturday Night Live has been around for over forty years. Sometimes the show is good and sometimes you can easily sleep through it. But every so often they do something that makes you really laugh and really think.

Last Saturday night was one of those times…

We all know about the huge income/wealth inequality gap that exists in the USA and around the world. We usually think about the inequality difference between the richest of the rich and people living well below the poverty line. But this SNL game show took shots at something we don’t hear about that often. Something potentially bigger. The inequality that exist between baby boomers and millennials. Most of the time within the same families.

The cost of higher education.

A college education is the first big expense a young person will need to face. Boomers could actually work a summer job and earn enough for a while year’s college tuition. A friend of mine who was at a state university from 1974 to 1978 told me his entire four years of college cost around $5,000. Tuition at that same university now costs $13,664 per year ($26,520 for out of state students). That’s $54,656 for all four years assuming no tuition increases.

Over that same time period (1978 to 2019) overall inflation was 285.33%. This means that University tuition inflation ran at almost 3.5 times the overall rate. This is huge and the reason why college graduates now carry a heavy debt load.

As usual, I apologize for all the statistics and math stuff. Email me or post a note below if you want to see my math or sources for the statistics.
These numbers tell a scary story and may explain one troubling component of income inequality…

The bottom line is that because college education costs have increased by 993% over the last forty years there is no way a student can earn enough to pay for their own education so they are forced to go into debt which represents a negative net worth.

What has increased is student access to huge loans. The number thrown around for average student debt is $37,172 but this is just the average. Many students, especially those with graduate degrees, are probably carrying debt as high as $200,000! This represents negative net worth.

So why is negative net worth a problem?

A hole they may never dig out of…

As the SNL video shows it could be easy to blame boomers for this generational income inequality but on this one very influential element of college cost, I think the blame is elsewhere. I don’t think a college education is almost ten times better today compared to 1978. And if you look at general inflation as shown above the basic costs related to delivering a college education to students has not increased that much.

The answer is pretty simple… With access to easy credit the amount of money available for student loans has skyrocketed. The supply of money to pay for a college education has exploded. It is simple economics that when the supply of money increases the costs will also increase.

So, who is really to blame for so much student loan debt?