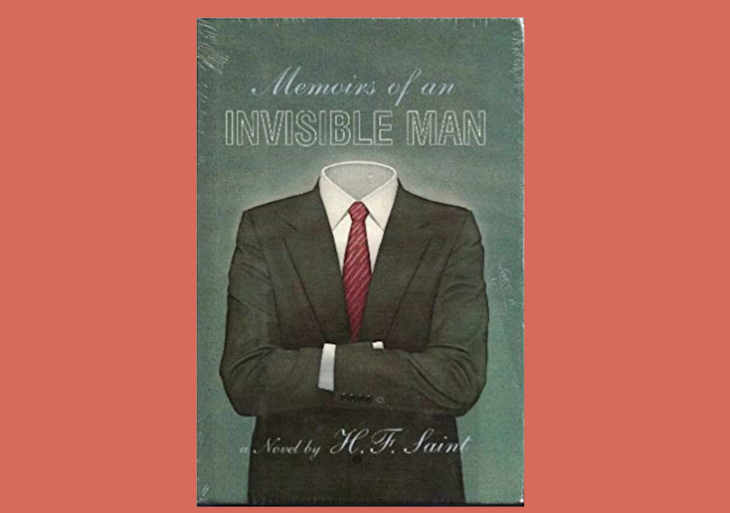 Memoirs of an Invisible Man is a 1987 science fiction novel written by H. F. Saint set in crazy days of Wall Street of the late 1980s.

What if you could invisibly sit in on company board meetings and make stock market moves based on information nobody else has?

Nicholas Halloway is a 34-year-old Manhattan stock analyst who writes a memoir (presumably this book) starting on the day of an accident which makes him invisible.

The book’s author, Harry F. Saint was a 45-year-old Wall Street businessman. A movie based on the book was not so good… A mixture of suspense, science fiction, comedy and drama. It stared Chevy Chase and Daryl Hannah.