The recent news report about another newspaper empire going bankrupt should be a major concern for anyone on either side of the income inequality argument.

As more independent “voices” are hobbled or shut down everyone loses. Sure, the Internet provides a great free and easily available news source but should it be the only news source? And how do we know who is really doing the investigations and reporting? And why?

The bottom line is that these independent newspapers and newsrooms are really the front line in calling out our various government agencies of all flavors when they forget their true mission of serving the voters. When the mayor of a small town decides to go on a junket to Barbados and “forgets” to fund an education program he promised, who tells us about this?

The local newspaper, that’s who! 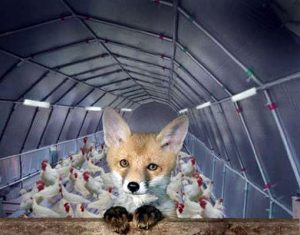 One reason the collapse of local papers can cost you more money than you can imagine is well reported in this NPR broadcast. Without local newspapers in a community its like letting the fox (politicians and their cronies) loose in the hen house (with our tax money). Local independent investigative journalists are the best watchdogs when it comes to how our tax money is spent and uncovering problems.

This NPR report shows that costs related to the lack of a thriving local newspaper manifests itself in places like higher borrowing costs for things like roads, schools, and other municipal projects. This is because lenders know that the probability for political shenanigans is much higher in communities without an independent news organization keeping an eye on things. And that political shenanigans means a higher rate of loan default.

These unsupervised political shenanigans usually hurt people on the lower rungs of the income ladder more. They count m

ost on government supported programs related to education and healthcare to help them move up the ladder and reduce income inequality.

When those tax funded government programs are mismanaged Income Inequality is magnified and we all lose. Big time.

This is an example of unintended consequences… Whoever though that collapsing local independent newsrooms could stop upward economic mobility and cost us all much more money?

If you are not convinced just take a look at a few countries where independent media has totally collapsed. This could be defined by over 80% of the media owned/controlled by one person/entity.

My favorite poster children for this lack of press independence are Hungary, Bulgaria, Turkey, and Iran. All countries with depressed, hobbled or externally supported economies. Workers in these countries are little more than robot drones toiling away to pay taxes (mostly hidden in the cost of all goods and services as a 20% or more Value Added Tax) to corrupt governments with no accountability. Income inequality and corruption can run rampant because no one is holding politicians and government employees accountable. It should not be a surprise that these countries also have vastly worse income inequality than the USA. Picture this… A $250,000 Maserati roars down a country road while a farmer plods along on a makeshift horse drawn wagon.

Back to the Collapsing US newspapers… Some people may think, “Good riddance, I hated that newspaper anyway. They didn’t think like me. They had different opinions.” It’s okay not to agree about things. That’s called “free speech” and puts the responsibility on the reader to decide what to believe. I would rather have the choice than be kept in the dark.

So, what can Americans do about this critical collapsing newspaper problem and the negative affects on income inequality?

This might seem pretty basic but… subscribe to your local newspaper. It’s not a donation. You will get some great local reporting for your money. If you’re lucky you will get a few laughs every day from the comics page. If you don’t like getting a newspaper on your doorstep every day then just sign up for the online version.

Every dollar you spend will definitely make a difference in your world. You will be funding the real watchdogs and be responsible for one more stone removed from the Income Inequality wall.

And here is something to think about… What good are higher taxes if your politicians and government employees are free to waste the money without anyone to watch over them?